If 4 months ago, someone told me the current me would be reading books, running regularly, playing fitness games instead of actual games and doing something I thought I would never do again I would've told him he was crazy.

Yet here I am, after a whirlwind of everything, I did all of the above. 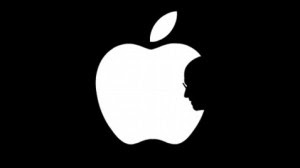 I always respected Steve Jobs, for the way he pursued perfection. How he left, came back and brought a company from the brink of failing back to the current leader of digital entertainment and devices.

That was until I saw "Pirates of the Silicon Valley". My friend who was an Apple diehard showed it to me, he told me to see it for the brilliance of Jobs. It was a great film sure, but one thing caught my eye.

During the development of the Apple Lisa, Steve was seen in the parking lot arguing with a woman, about things relating as I remembered about their daughter. I thought maybe the film amped it up a little, adding this fictional scene just for dramatic effect to show Jobs' persistence and pursue for perfection. But, alas, apparently this did happen. Looking over the Wikipedia page for his daughter Lisa Brennan-Jobs, Steve Jobs denied paternity, even going as far as to declare infertile in court. Seriously, how badly does he want to get out of it?

Yes he was a visionary for a generation, the 3rd apple that revolutionized the world, leaving behind his legacy for all to enjoy. I'm not complaining, I certainly felt his vision through all the Apple products I go through.
Yet, what about his personal legacy?
When this wave of mourning passes, who will be there to remember him?
Will the millions of people including me who wrote Facebook posts about him remember him 20 years down the road?
Will the Apple fanboys remember their great spiritual leader/founder or just be concerned about the next product the company is going to push out?
Seriously, how many people are already upset at Apple for the iPhone 4S?

These thoughts has been running through my head for a bit now, even before Jobs passed on. Then I read this article, which the title heading I was... well, just shaking my head: "Steve Jobs agreed to biography so his children could know him better" I asked myself this question, do I have to write a book just so I could pass on my values and views of the world to my own children? That to me, is ridiculous, as a parent, you should be there personally to teach your children, to nurture them, letting them know you through conversations, actions.

Yes in a sense by not being there for his children, he helped create a company, took it to greater heights than ever before. But... at what cost? Was it all worth it?

I'm very interested in this book, and which is why I'm going to write Part 2 after I finished reading the biography.

General consensus for people on the internet about Apple right now:
- iPhone 4S does not have great battery life.
- iOS 5 drains a lot of battery.
- Siri doesn't cater to all accents.
- Where is iPhone 5?
- Where is iPad 3?

All of them are so craving for the next in-thing from Apple.
Who still remembers that the Apple founder has passed on?

Now let's get back to the book.

The first part of the book mainly deals with his early life at Apple, which, as much as the author tries to keep it in line, constantly deviates from the chapter heading. This seems to stem from the rebellious streak of Jobs at Apple too.

The second part deals with after the ousting and subsequent return to Apple. These chapters are I assume people would find most interesting about. The creation of the new Macs, the iPod, the iTunes store, the iPhone then the iPad, iCloud and so on and so forth.

It was as if the author was caught in the reality distortion field in the first place. No, not during the composition of the book, but I certainly felt he was compelled by Jobs' charm to write a book about him. This, along with the fact that the author has written biographies of Einstein and Benjamin Franklin, makes Jobs feel like he's reached a plateau of greats.

This pattern is repeated throughout the book, the desire of not for money, but more for the fame, for the recognition (or what the lay-man calls "ego boost"). Requesting more stock options at Apple, Disney/Pixar, Sony with the iTunes store etc.

You will notice that what saved Jobs after being ousted by Apple was not NeXT, but Pixar. Pixar essentially helped to calm Jobs' attitude and nature down to an "accepted" level. The way he dealt with Disney with Pixar, how he envisioned Pixar as a brand that should exist outside Disney. He applied the same principles after he was back at Apple.

Frankly, I think it would suck to work with/under/above the guy. But I admire what he's done, or what he had to do to get what he wanted through. I liked more of the other ancillary characters, Bill Gates, Steve Wozniak, Lee Clow, Jonathan Ive, Ron Johnson. Other than Gates, theses are people who Jobs handpicked, people who are able to do what he wanted them to do well. That's what's special about Jobs, instead of having the skills, his skill was able to find the right people with the right skills. With those people, he was able to successfully start and later, turn Apple around.

The chapters on iPhone and iPad are short, mostly talking about facts one Google search away, and not a lot of the technical details. I bet Apple has things under their sleeves that the author was not allowed to write. Personality takes a back seat here, and focuses on the product.

Problems with App store guidelines are briefly mentioned, the antenna problem with the iPhone (dubbed "Antenna-gate") is an interesting look at what happens when the design takes a misstep, and how arrogant Apple (or more accurately Jobs) had become at that period.

Of course, while all the above was interesting. I wasn't particularly interested in them. I came for something else, I wanted to know how he handled his personal life.

Truth is, to me, he didn't. As with his skills in running the company, he picked a great wife (Laurene Powell).
Excerpt from the book:


"I'm very lucky, because you just don't know what you're getting into when you get married," he said. "You just have an intuitive feeling about things. I couldn't have done better, because not only is Laurene smart and beautiful, she's turned out to be a really good person." ... ... He also reflected on how selfish and demanding he could be. "Laurene had to deal with all that, and also with me being sick," he said. "I know that living with me is not a bowl of cherries."


While tensions with his first daughter Lisa is very much intact, he made good with the rest of his kids. He was especially proud of his (and only) son, Reed. Reading the book you can see it, the pride he felt of his son succeeding in school, helping with Jobs' cancer treatments. The other two younger daughters had their mom for support. Lisa however, was much older, missed much of that boat unfortunately, having to grow up under the early, more violatile Jobs.

By the end though, and nearing his passing, he realized that family was important enough to reconcile with. That was possibly the time where he realized he didn't have time to share his stories with his kids, and commissioned the author to write this book.

Its easy to see I was taken aback, if not outright angered, by the comment back in Part 1 about how this book "was going to let his kids know him better". Over the course of reading this book, I realized he knew he didn't have much time left. Somehow I also felt that maybe he was more comfortable  acknowledging his weaknesses to a stranger than telling it to his kids directly.
Well, something about his ego. That quote, presented in its entirety here, means much more:


"I wanted my kids to know me," he said. "I wasn't always there for them, and I wanted them to know why and to understand what I did. Also, when I got sick, I realized other people would write about me if I died, and they wouldn't know anything. They'd get it all wrong. So I wanted to make sure someone heard what I had to say."


This book would be special, and the only "Apple" product that Jobs did not actively participate in (during his tenure at Apple of course).

He had never, in two years, asked anything about what I was putting into the book or what conclusions I had drawn. But now he looked at me and said, "I know there will be a lot in your book I won't like." It was more a question than a statement, and when he stared at me for a response, I nodded, smiled, and said I was sure that would be true. "That's good," he said. "Then it won't seem like an in-house book. I won't read it for a while, because I don't want to get mad. Maybe I will read it in a year-if I'm still around." By then, his eyes were closed and his energy gone, so I quietly took my leave.


The last chapter was well... aptly titled: "Legacy". I would read it just for the author's own opinion on Jobs. At the same time, the author fits in some material that wasn't applicable in the other chapters.

There are two things that represented Jobs and why I think he is so successful (edit: success in work). First is his innate ability to focus on whatever he's doing at that current time and (unfortunately sometimes) defocus everything else. Second is his intuition for everything design related, what worked and what didn't. He left much if not all of his legacy to Apple, new campus, new CEO, a booming mobile market. This also meant that he didn't leave much for his kids, which I believe is what this book was meant to do.

At the heart of it all, Jobs was a extremely successful entrepreneur, but he was a crappy relationship handler. He realizes it at the tailgate of his time, and tries his best to redeem himself, repairing burnt bridges in the best way he can.

And hey, everyone could use a little redemption sometimes.
1 comment:
Email ThisBlogThis!Share to TwitterShare to FacebookShare to Pinterest
Labels: Books, People, Thoughts

Coldplay's new album Mylo Xyloto came out not long ago.

You guys can refer to my previous post for the playlist I constructed before M.X.

* Mylo Xyloto leads right smack into Hurts Like Heaven, and makes Hurts Like Heaven jarring to listen to on its own, I have no idea why it is split up into two separate tracks in the first place.

The new list could be a reflection of the changes that spaced these two blog posts. It has been a while since they've released an album, and its been a while I've looked at the list.

Though the lyrics, they are still a marvel.