I remember a very long time ago, when I just got to Singapore. There was this show on television that I would watch about a gas station. The gas station's daughter whom I believed was 16 in the show. She would often complain about not being able to do this or that. Money constraints, freedom constraints. Her dad would always reply with the same thing "wait till you're 21!" And she'll storm off.

At that time I wondered what I would be when I was 21, and how "magical" it would be. Granted I didn't understand what "money" constraints were, what "freedom's" I don't have. It was more of the idea that when I turned 21, everything would be much happier, or much easier.

I look back now and I could only smile and laugh at myself then.

I didn't understand why a lot of my friends were throwing lavish parties, renting places even to do that. And I just thought to myself, is turning 21 that big of a deal? I don't know, I just didn't feel it.

I was scared, really I was. And as I'm sitting here writing this, I had just recovered from a really bad headache that I had to take an half-day off work. The day before my 21st. No its definitely not the scare part, but definitely the being old part. But no, its not like when the clock passes 12, something dramatic is going to happen to your body, there isn't going to be mutation on your body that turns you into an adult (at least I hope not).

As I look back to all of the things that have happened around/to me, there were things that I took away from that I would possibly never forget.

There are things that you have to give up, but not want to.
You learn take what you can get.
Rule #33: Enjoy the little things

I don't have much to say either way. If there was one thing I realize, is that there isn't a lot of things that I can put in words. Experience, isn't something you get by reading. 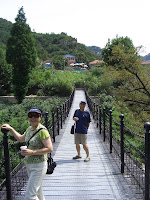 快乐是选择.
(Happiness, is a choice)
Email ThisBlogThis!Share to TwitterShare to FacebookShare to Pinterest
Labels: Chapters